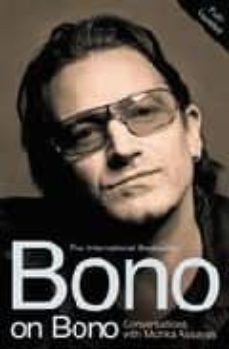 Bono is one of the most influential musicians at work today. Over the past twenty-five years his band, U2, have sold a staggering 130 million albums and collected 14 Grammys. Their success has made Bono one of the most recognisable faces in the world. Here, in a series of conversations with his friend, the music journalist, Michka Assayas, Bono reflects on his transformation from extrovert singer of a small, Irish, post-punk band into an international rock star. Along the way he speaks candidly about his childhood, about his mother`s death, about his Christian faith and about his difficult relationship with his father, who died recently. Bono also speaks passionately about how he has used his fame as a platform to campaign fervently on a range of global issues, and why these issues - which include the IRA ceasefire, Third World debt and, most recently, the growing AIDS crisis in Africa - are so important to each of us.

Bono leans a lot toward the spiritual and political spheres of life. He talks to journalist Michka Assayas about his life-changing visit to war-torn El Salvador, his mother who died when he was an adolescent, and his faith in God. His conversations on the drop-the-debt campaign, ...